By Jason WickensOctober 7, 2015Just for fun
No Comments 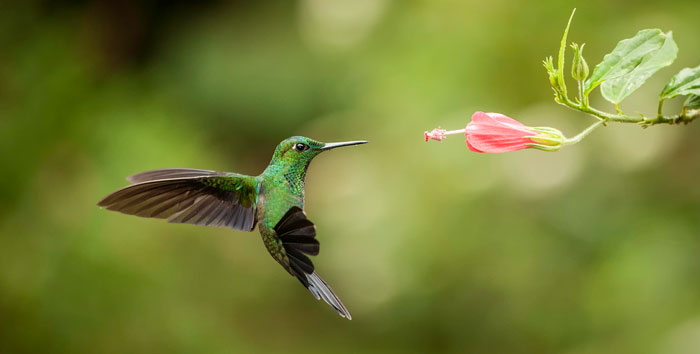 We tend to think of the human race as the most clever and amazing species on planet Earth, but when you read some of these amazing animal facts you may think otherwise! From the smallest ant to the biggest whale – our fellow creatures have amazing abilities and perform incredible feats that really put us to shame. Read on for some eye-opening facts that you just might not have come across.

Hummingbirds beat their wings an astonishing 60-80 times per second.

The oldest known animal in the world was Ming, the 405 year old clam, discovered in 2007.

There are 1,000,000 ants for every human in the world. They also never sleep and don’t have lungs.

A snail can sleep for an incredible 3 years at a time.

Fleas can jump up to 200 times their height, the equivalent to a person jumping the Empire State Building.

Dogs nose prints are as unique as human fingerprints and can be used to identify them.

The slowest fish is the seahorse, which moves along at a very speedy 0.01 mph.

The blue whale’s tongue weighs as much as an adult elephant.

Blue whales are the loudest mammals, producing low-frequency pulses that can be heard 500 miles away.

Hippos secrete a red oily substance from their skin that acts as sunblock and a moisturiser.

Peregrine falcons dive-bomb their prey and can reach dive speeds of up to 200 miles per hour.

Tarantulas secrete digestive enzymes so they can liquefy their pray and drink up their remains.

The king cobra snake has enough deadly venom to kill an elephant.

Butterflies taste with their feet and have an incredible 12,000 eyes.

A tarantula spider can survive for more than two years without food.

Cows can sleep standing up, but they can only dream lying down. They also have four stomachs.

A woodpecker can peck 20 times per second. They don’t get headaches as their skulls have air pockets to cushion the brain.

Killer whales, also known as Orcas, are not whales at all, but a species of dolphin.

Sharks have been around longer than dinosaurs and are immune to cancer.

A blue whale’s main blood vessel is large enough for a human to crawl through.

Octopuses have three hearts – how romantic.

Honeybees can flap their wings 200 times every second.

Cows kill more people than Sharks. About 10 humans are killed by Sharks every year but nearly 100 people die each year from being stepped on by cows.

The closest relatives to the elephant shrew are actually elephants, not shrews.

Elephants are the only animal that can’t jump.

Leatherback turtles will circle the Earth more than 3 times in their lives in search of jellyfish. 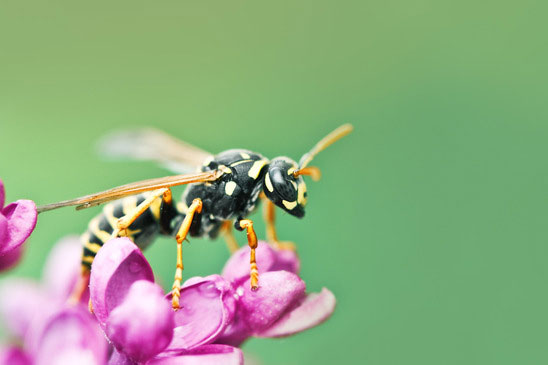 And here’s a bonus fact of epic proportions!

I know I said there were 30 amazing animal facts here, but there is another that just cannot be ignored. According to BBC wildlife presenter Steve Backshall, wasps do actually have a purpose! In fact, they do one of the most important jobs on this planet, especially from our own human perspective. It turns out that although many people hate wasps and call them ‘nasty little critters’, we humans would not survive without them. Wasps are absolutely vital to our planet’s health. Without wasps the world would be beset by plagues of biblical proportions!

Wasps are vital predators of other insects, particularly aphids and blackfly that kill plants and vegetables. Apparently the cabbage aphid is the most fertile animal on Earth, with the potential for billions of offspring from one single female. Scientists have calculated that without predators such as wasps, in a year one cabbage aphid could cover our entire planet in a layer of bugs 93 miles deep. So next time you’re having a picnic and a wasp comes over to investigate your sugary food, let it do what it wants!

What amazing creatures we live with!

I’m guessing there are several amazing facts there that made you think “WOW!”. Our animal friends are pretty spectacular in many ways and it’s such a shame we underestimate them and treat them as ‘just’ animals a lot of the time. These facts were sourced from the far reaches of that digital ocean we call the world wide web, so if you find one of the facts is wrong, please let me know!  Also, if you have any amazing animal facts you know of yourself, post it below in the comments section. And don’t forget to share this with your friends!