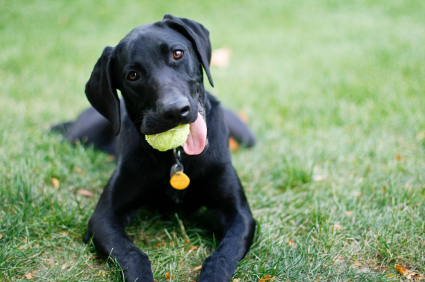 This is a sensible question most rational people will ask when they are wanting to accept that communication with animals is possible. I think most people would want to believe it possible, even those with the most scientific type of brains. The trouble is, the majority of people find it so ‘out there’ when you mention it that you either get a funny look or a laugh as if you have finally gone cuckoo.

I don’t blame people for acting like this when I mention animal communication. Although I became interested in ‘spiritual’ things in my late teens, I too have the part of my brain which can hold back fully believing something. For me, I am interested in these things but have to have experienced proof of it first hand. It’s all good and well having someone who does animal communication telling you it’s for real, but I needed to know 100% myself.

It’s like meditation. This was my first step on my spiritual path. I liked the idea meditation would make you relaxed and healthy by just sitting. I liked the idea it would bring you closer to your spiritual connection, but until I tried it I would always have a certain amount of skepticism about the whole thing. So I learnt it. It so happened I began with a method called Transcendental Meditation which cost a few hundred pounds to learn from experienced meditators but it is the best money I have ever spent. I know it works and I feel the benefits not only whenever I do it, but throughout the day.

When I heard about animal communication a few years ago I thought it sounded great. Just imagine being able to talk with dogs! The ability to learn from animals and help them was incredible. So I bought a book. Read it. Got on with life. Why? Because I still only part believed it. And that is what will hold you back.

So I bought some of James French’s cd’s and went on a course with Animal Matters. That is when I went from ‘I believe it 90%’ to ‘oh boy this is 100% real!!!’. And I have to say, when you have experienced animal communication first hand it really does blow your mind!

It would be interesting to hear how people’s beliefs change when an animal communicator has given their pet a highly accurate reading. Do you then believe 100% in the telepathy technique? What if I did you a reading which provided information about you or your pet which I could not possibly know about? That usually is the case and each time it happens it even makes me stop and think… “wow!”

So from my point of view I’m obviously a firm believer in using telepathy to communicate with animals. I have experienced it first hand. Even after going over the evidence there is just no way it could not be real. Sure, occasionally it’s hard to make a connection with an animal, or I might come back with information which isn’t quite right (more about that on a future post) but in the main my readings provide irrefutable evidence that it works. And if I can use animal communication to help pets and their owners live a better life then I’m sure going to continue.