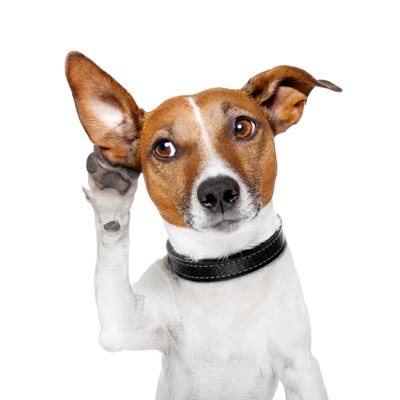 Retrospective Verification – sounds a bit technical doesn’t it?  Thankfully there is not much technology when it comes to animal communication. In fact the only technology used is my iPad and the website! No, what I mean by this post title is that I have come to learn on my animal communication journey that sometimes you can think answers from the animals are wrong, but they turn out to be true at a later date.

When you first start learning to communicate with animals it can be hard work. Maybe you can’t quieten the mind enough, or you are trying too hard. Sometimes you just get a single word or a fleeting image appear in your mind and you can’t get any more information. At times it can be frustrating, knowing that it is possible and you could be helping the animals if you could just do it!

Anyone who has tried to learn to communicate with animals will probably have come up with things they thought the animal said but when relayed back to the human, ended up being wrong. When you get things wrong you begin to doubt in your abilities as an animal communicator and it can be quite disheartening. Having come across this a few times I realised that it’s not always wrong, and in fact, can be positively right!

I recently ‘talked’ to a lovely dog named Alfie. During the communication the name Bella came up, and I got the impression it was another dog that he liked. After letting the human guardian know she emailed back to say the name didn’t ring any bells. My initial reaction is darn it, got that one wrong. Must have been my mind getting in the way and making it up! The next day I received an email from the lady who says her husband (who presumably walks Alfie sometimes) mentioned he does know another dog with the name Bella! And that, folks, is retrospective verification!

Another example was when I was communicating with another dog who told me something had been lost and was under some furniture. I told the lady what information I had been given and she had looked under all the furniture but could find nothing. Silly me, I thought. Then lo and behold, a few days later she said she had to move the TV cabinet and found a long lost dog toy underneath! It’s spooky!

When talking to animals we have to learn to successfully translate the information coming through. With practice this becomes easier to do, but when beginning your journey it can throw you when you think you have something back but it appears wrong. Interpretation a large part of communicating with animals.

So if you are learning to communicate with animals don’t be put off when you think you get things wrong. Your intuition may well turn out to be accurate, the human guardian just doesn’t know it yet! Or it could be something that happened in the past, with a previous human. Perhaps something even that will happen in the future! Several people I have done readings for have pets who were either rescued or lived with other families in the past. Sometimes I get certain things back from the animals and it cannot be verified by the current guardians because of that. In those instances you may not be able to find out what happened but I have learnt to ask for information relating to their current life situation, unless there is a need for background information that may help with current issues.

The more I learn, the more fascinating inter-species communication becomes. The animals are great teachers and know far more about our lives than we think. Giving them a voice is something that means so much to them. If we listen, they will speak.